Is it possible to live long AND enjoy it?

Living a long life, unhampered by chronic lifestyle disease and disability, is a dream that seems to be fading for many people in Westernized countries. But it is certainly something that I don’t think I’m alone in desiring. When asked if they would like to live to be 100 years old, many people stop, think, and then say something like, “Well, not if I’m in a nursing home or suffering from chronic pain for years…” Longevity is most valued by the majority of people if along with the length, quality of life is maintained.

The best news ever is that your lifestyle, and especially nutrition, can help you accomplish the goal of living to be a ripe old age, and enjoying life all along the way. Studies on longevity have identified populations where a good percentage of adults live to be 100 years old or more. You may have heard of some of these through Dan Buettner’s work on what he calls the Blue Zones. These groups of long-lived people are found in diverse areas of the world such as Okinawa, Japan; Loma Linda, California; Sardinia, Italy; Nicoya, Costa Rica; and Ikaria, Greece. By studying how these people, and others similar to them, live and eat, we can learn a lot about how to live as long as they do. What is so hopeful and encouraging is that these people show us that the same habits that contribute to longevity ALSO help to maintain a high quality of life. I think that’s the best news. So you don’t have to pick between living long and living well, you can have both!

One interesting characteristic shared by each of the communities mentioned above is their emphasis on plant foods and avoidance of processed and refined foods. These diets are characterized by being nutrient dense with a large emphasis on fresh fruits and vegetables. Grains, nuts, and seeds are consumed whole instead of refined. Describing this diet is very simple and straightforward, explaining how it works to produce the desired effects is much more complicated — we still don’t know all the factors impacting longevity. Nonetheless, by studying what these centenarians eat, and combining that information with what we do know about the link between nutrition and disease, it can help to inform our decisions about what to eat and how to help our bodies stay healthy.

One of the ways that plant-based nutrition improves longevity is by  decreasing your risk of disease. Yes, it’s a fact — no one dies of old age! In looking at what centenarians die from, every single one died from a disease. Studies show that nutritional choices have a huge impact on your risk for developing the diseases that millions of people die from. In most of the western world heart disease, and cancer are two of the biggest killers. Let’s look at a few facts about nutrition and your risk of suffering from these diseases.

This number one cause of death in America is due to build-up of fatty deposits in the arteries of the body called atherosclerotic plaque. As this build-up, accumulates, and it often begins in childhood, the critical blood vessels that deliver oxygen and nutrition to all parts of the body begin to harden and clog. As it worsens, important organs begin to suffer from the lack of adequate oxygen, nutrients, and ability to remove waste. When that happens in the heart, you begin suffering from pain called angina with exertion. It is your heart muscle crying for oxygen. When it happens in the brain, you might suffer from TIAs (transient ischemic attacks) or what some people call mini-strokes. It was in the 1930s and 1940s that doctors who were working in parts of Africa noticed that heart disease, which was becoming more and more common in Western countries, was rarely seen in the many African hospitals they serviced. They wondered if people were just dying too young to get heart disease in the first place. So they did autopsies on hundreds of Africans who were age matched with Americans that had had autopsies. They found that out of the 632 autopsies conducted in St. Louis, Missouri, 136 people had had heart attacks. On the other hand, in the same number of Ugandan autopsies, there was not a single heart attack. As it turns out, less than 1 in a 1,000 Ugandans were experiencing heart attacks. It was also noted that blood cholesterol levels were very low. The African diet was centered on plant-derived foods such as grains and vegetables. The high fiber and very low levels of animal fat led to average cholesterol levels of under 150 mg/dL, similar to  people who eat plant-based diets. What this means is that heart disease may be a choice.

So what if  your current diet has been increasing your risk for heart disease? The great news is that pioneers such as Nathan Pritikin, Dean Ornish, and Caldwell Esseltyn Jr. have taken patients with advanced heart disease and found that when they placed their patients on a similar plant-based diet, not only did it halt the progression of heart disease but actually began to reverse it. As long as you do not continue to re-injure your body with your food choices, your body will begin to heal itself, ust give it a chance.

One the most remarkable studies I have read about in relation to cancer was reported by Dr. T. Colin Campbell in his book, The China Study. What they found was that diet had a powerful effect both on the initiation, progression and promotion of cancer in the body. In several studies on rats they were actually able to show that feeding the rats animal protein in their diets promoted the growth of cancer. When they switched to plant proteins in the rat’s diets, they were able to stop the progression of cancer development. In fact, the kind of protein they fed the rats worked very much like a switch that could turn cancer on and off. I find this fascinating, as we all have abnormal cells in our bodies that could progress into cancer. But the possibility of turning off this process is stunning! It was interesting to know as well, that the animal protein used in these studies was casein, a common protein found in most foods like milk and cheese and even some vegetarian cheeses. So we see that one of the most powerful tools for decreasing our risk of developing identifiable cancers is to stick to 100 percent plant protein sources in our diets and avoiding all animal protein sources such as meat, milk, eggs, and cheese.

I hope it is obvious to you that an important key to BOTH longevity and a high quality of life is choosing a plant-based diet.

How Not to Die, by Dr. Michael Greger

How Do I Calculate Vegan Keto Macros and Adapt Recipes?

Where Do I Get My Protein on a Plant-based Diet? 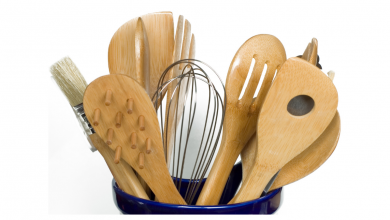 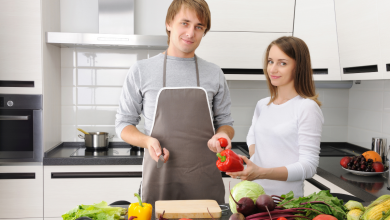 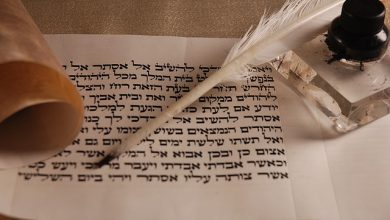 Do Any Ancient Writings recommend a plant-based diet?