What are the Benefits of Intermittant Fasting?

The Fasting Mimicking Diet (FMD) is usually done for 5 consecutive days in a month and may be repeated for a number of months. The 5 days of fasting have a restricted calorie intake with a particular proportion of macro nutrients. Significant benefits were observed in quite a number of areas. In just three cycles of this Diet, humans reduced biological markers that are linked to diabetes, cancer, heart disease. They also cut overall body fat. Before studying the effect of the diet in humans, they did extensive testing on lab mice. When they gave the lab mice the equivalent “rat” version of the diet they found that it actually encouraged the regeneration of various important body organs, including the brain. In the brain, new neurons were created and they observed significant improvements in memory and learning. When they used this diet with middle-aged mice they also noted a number of positive changes including the a reduced incidence of cancer, a more effective immune system, there was less inflammation (which is linked to many chronic lifestyle diseases in humans) and they lost minerals from their bones more slowly. In this study, they also observed that the older mice had improved cognitive abilities. It is thought that these effects are observed in part to the effect the diet has on reducing levels of a growth hormone, IGF-,  which has been linked the development of cancer. The net effect is that the mice seem to age more slowly.

Professor Longo, a lead researcher on this diet plan, also emphasizes that this is different than many diets in that it is for a very short period and after repeating it over several monthly cycles, the effects seem to become permanent so that you don’t have to stay on this diet. More studies are currently being conducted in humans, but the results so far are quite promising. Some of the most fascinating cell studies are showing that this cyclical fasting can be shown to actually reprogram cell genes in diabetic pancreas cells and turn on the development of new insulin-producing pancreatic cells, effectively reversing even advanced diabetes. That is really exciting!  Professor Longo also warns that you should not try water-fasting unless you are under medical supervision as it can be dangerous for some people. Even if you wish to try the FMD, make sure to get medical clearance first. Not everyone is healthy enough to do it, and if done incorrectly could cause real problems.

There are other benefits that are observed with general types of fasting, such as 16:8 or two meals a day (breakfast/lunch).  When you go more than 12 hours without eating, there are changes in your body functions. Your body goes into repair mode and also adjusts hormone levels to allow it to burn fat more efficiently. One of those adjustments is in insulin levels. Blood levels of insulin tend to drop significantly, which makes it easier to burn fat. Growth hormone levels increase which helps you to gain muscle and burn fat. The body can also concentrate on healing and repair functions such as detoxification and waste removal. Many of the benefits are related to these main effects.

Short-term, IF, actually raises your metabolic rate by 4-14%, which means you will burn even more calories even while sitting still. So fasting works in two directions, by increasing the number of calories you burn at rest and also reducing the calories you take in. Many people can lose 3-8% of their weight over 3-24 weeks. This is very significant. Even better, they usually lose weight around their waist which means they are losing belly fat, the worst kind that accumulates around the internal organs and puts you at the highest risk. Intermittant fasting also leads to less muscle loss than just dieting and restricting calories continuously. So IF can be very important as part of a weight loss regimen.

One of the top killers in Western countries is heart disease. But it is also becoming a top cause of death around the world. A number of risk factors associated with heart disease are also changed through Intermittant Fasting. Factors like high blood pressure, cholesterol levels, blood triglycerides, inflammatory markers and blood sugar level are all reduced in with IF in a number of animal studies. It is likely, in my opinion, that you will see this in human studies as well.

When you fast, there is a process in your body called autophagy that really gets going. It’s a kind of waste removal process. Cells break down and recycle the broken and abnormal proteins that get built up in our cells over time. It is thought that this improves our protection against diseases like Alzheimer’s and cancer.

Speaking of cancer, some animal studies are providing evidence that fasting can reduce your risk of its developing. We also have evidence on human cancer patients that seem to show that fasting actually reduces several side effects of chemotherapy.

The reduces inflammation, blood sugar levels, and insulin resistance seen with IF also benefits the brain by causing the growth of new nerve cells and improving brain function. Deficiencies of brain-derived neurotrophic factor has been shown to be connected with depression and other brain problems but fasting increases levels of this factor. Intermittant fasting also seems to protect against the stroke-induced brain damage. This type of fasting seems to both delay the onset of Alzheimer’s and reduce the severity of the disease. In fact, there are some case reports of using short term fasts to significantly improve the symptoms of Alzheimers in 90% of patients with that diagnosis. Some animal studies also point to IF as a protective practice against Parkinson’s and Huntington’s disease which are caused by degeneration of the nervous system.

Last but not least, there are some very exciting animal studies in regards to longevity and intermittant fasting. In one of these, rats that fasted every other day lived 83% longer than rats that didn’t fast. Much of this information is coming out of the Institute for Longevity at USC as all of these effects may logically have a significant contribution to health and longevity in humans.

Taken together, the many benefits of fasting could logically really impact both our quality and length of life. For most people with intact digestive systems, having a daily periodic fast by either eating within an 8 hour window or choosing a two meal a day program where breakfast and lunch are consumed but leaving the body at least 14 hours of no food out of every 24, is an easy way to enjoy these benefits with next to no risk. Always check with your health care provider if you have any questions.

What is intermittant fasting?

What diet is best for a healthy gut? 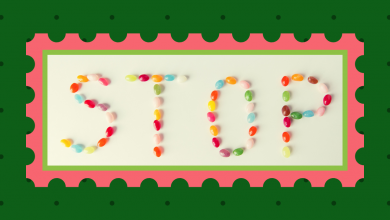 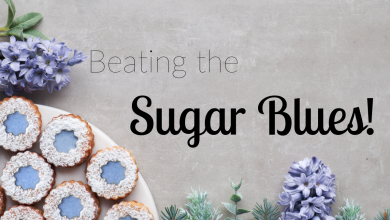 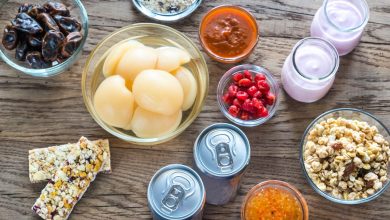